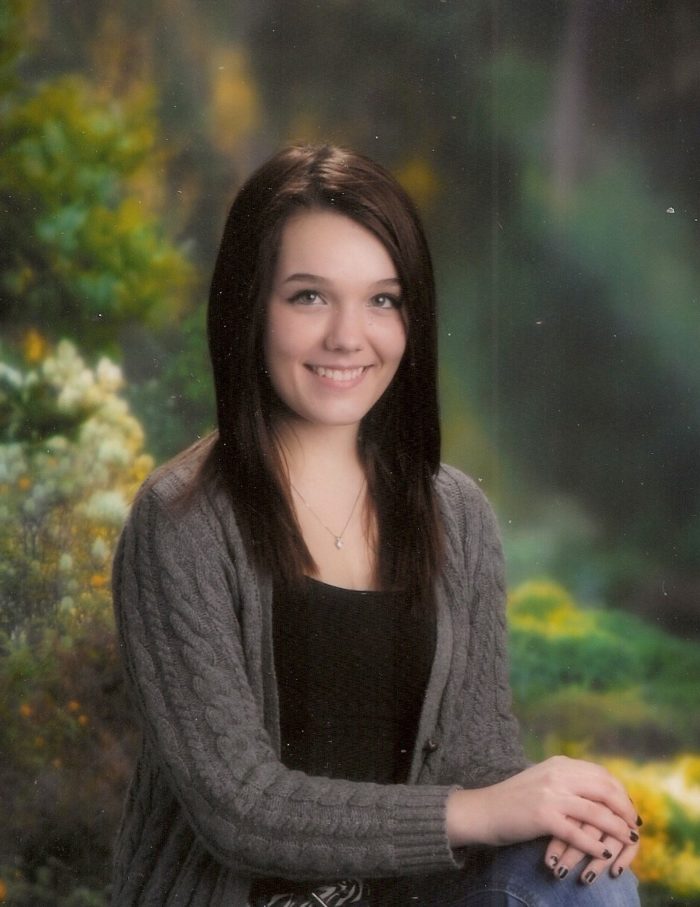 April Millsap was only 14 years old when she died. Her time here was short, but impactful. Like many children these days, April’s parents were divorced. She lived with her mother in Armada. April was determined not to let her circumstances bring her down. Her experiences helped her develop a maturity beyond that of a teenage girl. April was the person others went to for sympathy and a listening ear. Her friends described her as loyal, down-to-earth, and kind.

April was also quiet and shy. She did not like attention and chose rather to observe and learn from others. She learned to see the world beyond herself. She paid attention to the natural world around her; her dog, nature, and the changing seasons. Her observations turned into a passion for writing short stories and poetry. The peacefulness and beauty of the nearby walking trail inspired April’s writing.

As a reminder of all aspects of her personality, she is honored through this fund. April’s dream of one day becoming a veterinarian and a writer is celebrated. Her impulsive smiles and meaningful observations still bring us joy today.

This is our way of celebrating April’s life and her passions. Since we could not catch a shooting star, we developed this fund.