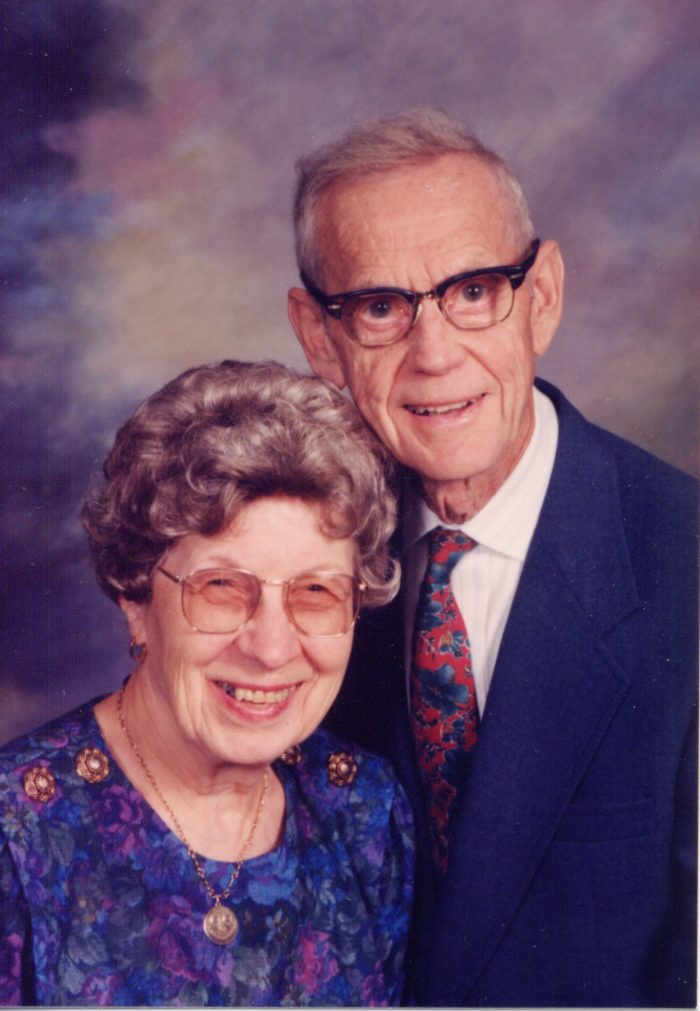 The Cryderman-Hebblewhite Agricultural Fund (CHAF) was established by Paul and Elsie Hinzmann in 2002.
Paul Hinzmann graduated from Case (now Case Western Reserve) with a Bachelor’s Degree in Physics in 1935. Jobs were scarce so he went to the University of Michigan to earn his Teaching Certificate for the State of Michigan. In 1936 he started his career in Armada, teaching 9th and 10th grade shop and science class. While living in the Armada area, he became close friends with local farming families, the Crydermans and Hebblewhites. He spent many winter evenings with the two families, went to Eastern Market with them, and even helped Willferd Cryderman set up his first milking machine.
Paul helped out on the dairy farm and orchards while teaching school, finishing up his chores before heading over to teach his classes. The year was 1936; he had “a pleasant room, a Model A Ford, a radio, and good health. It was great to be alive.” The tragic death of Harlan Hebblewhite in 1937 and the loss of young Paul Cryderman and his son in 1964 changed Paul Hinzmann’s life.
For years he tried to think of an appropriate memorial to honor his dear friends in a way that would honor the spirit of youth. In 2002, Paul and Elsie Hinzmann established the CHAF in memory of Paul R. Cryderman, his son, Kevin, and Harlan Hebblewhite.
The CHAF Scholarship is awarded annually to Armada Area Students who are pursuing a degree in an agriculture-related field. To contribute to this fund, please visit www.4ccf.org/donate