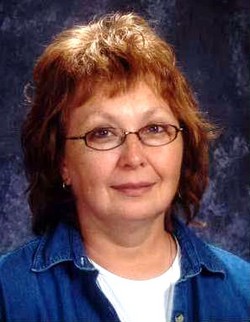 Laurie Lee was the principal of Imlay City Middle School from 1999 until she lost her battle with cancer in February, 2006.  Tim Edwards, former school Superintendent stated:  “She always had a vision of what she wanted to be in the future. She embraced change; wasn’t afraid of change.  She always wanted to make the middle school better and the district better.”

Ms. Lee worked her way up in the district, starting as a pre-school teacher, then an elementary school teacher, before a promotion to Dean of Students in 1996 and principal in 1999. She chose to focus on the many blessings and joys in her life, including being a mother of two sons.  She also loved to read, travel, tend her garden, collect antiques, spend time with family and friends, and always had a home remodeling project underway.

“As I reflect on my life, I am overwhelmed at what direction it took!  For a shy, “nose in the book” young girl, to becoming a teacher and a principal; unbelievable.  I always said all I ever wanted to do was teach kindergarten. As it turned out, the plan or path I was supposed to take was a different one.”  – Laurie Lee