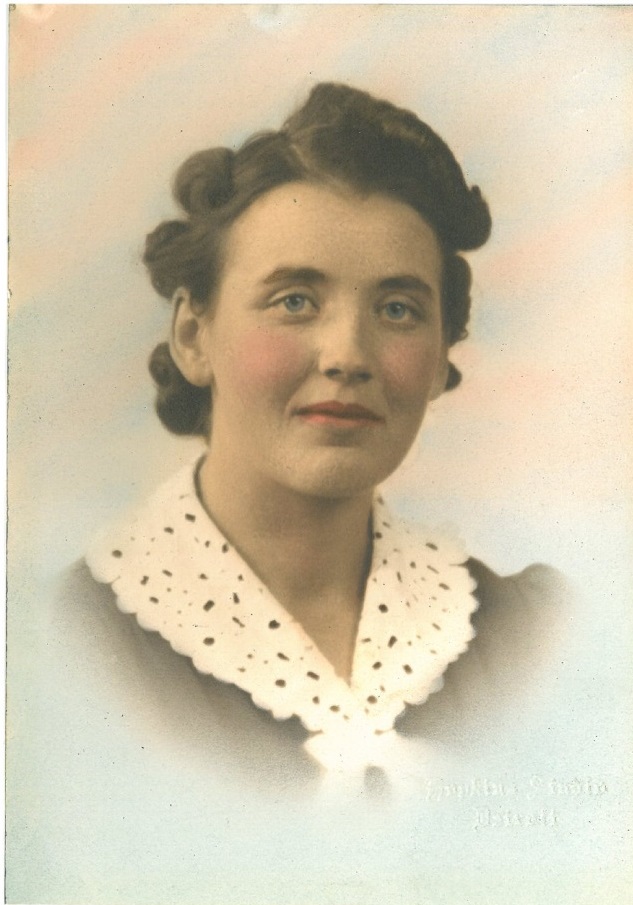 Victoria Kain was born on a farm on the prairies of Saskatchewan, Canada. She immigrated to the US with her family in the spring of 1925. She went to work immediately for the Carter family who had an orchard and farm on Armada Ridge Road. In the fall, she left the job to return to school. After meeting with the superintendent, it was decided that she would finish her eleventh- and twelfth-grade requirements in one year. Helping out with the work around home and a heavy load of classes did not leave Victoria with much time for recreation. Nevertheless, she completed the final two grades in one year, attaining marks of 90% or better, and graduated in 1926 from Armada High School.

After graduation, Victoria began working for a family in Detroit, caring for their six children and doing housework. The job enabled her to earn enough money to attend Ypsilanti Normal School for one year to fulfill her goal of becoming a teacher. At the end of one year she received a limited teaching certificate, valid for three years, to teach in a one-room school. Miss Kain taught at the Tibbets School in the Armada District and at the Howe School in the Richmond District.

Victoria married Verne Hill in 1930. At that time, married women were not allowed to teach, so she put her career on hold and raised her family.
In 1955, Victoria once again became a college student, taking evening classes at the University of Detroit. She completed her Bachelor’s Degree and received a permanent teaching certificate in 1964. She taught at Sacred Heart Elementary School in Roseville until the school closed in 1971.

The Victoria E. Hill Memorial Scholarship Fund was established in 2006 by Victoria’s daughter, Grace Hill.  The Scholarship is for Armada High School students who plan to pursue a degree in education. The fund has been established as a reflection of Victoria’s commitment to the education of young people and to the community.

The following quote describes Victoria’s outlook:
The future is not some place we are going to, but one we are creating. The paths to it are not found but made, and the making of those pathways changes both the maker and the destination.

To give to the Victoria E. Hill Memorial Fund, please visit www.4ccf.org/donate